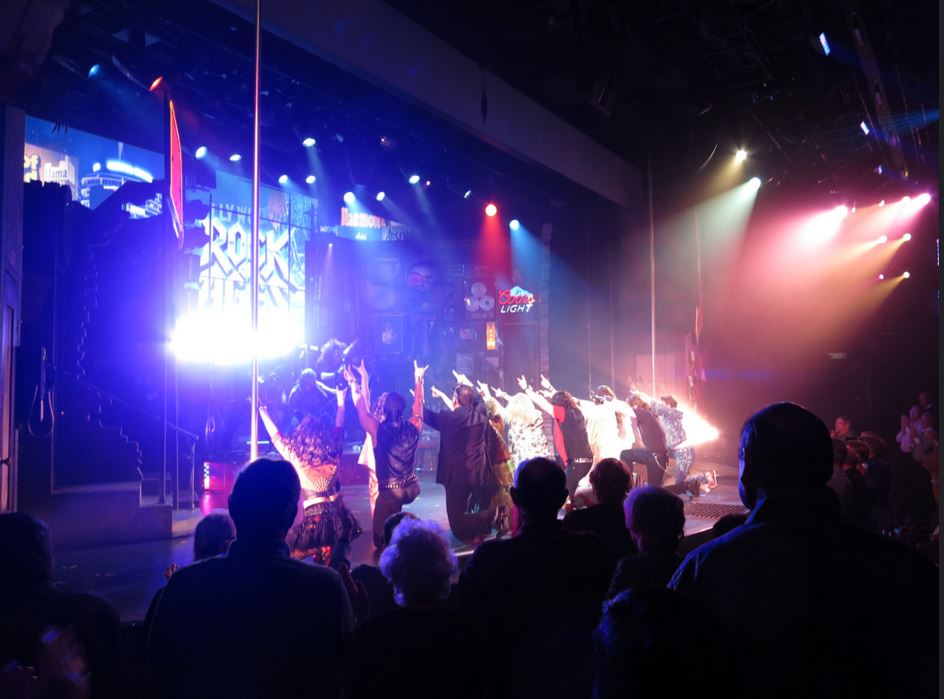 Lovers of musical theatre are in for a real treat when cruising this year. Long gone are the cheesy cruise-liner shows of yesteryear – they’ve been replaced by Broadway quality productions that take your breath away and have you wanting to jump out of your seat and dance.

Shows on ships run from classics that you’ll know and love to brand new shows specially designed for the cruise-lines that you just won’t find anywhere else. And, the beautiful thing is, you’ll get to see these shows as part of your built-in entertainment package (at no extra charge). Here’s a round-up of what shows are happening on which ships.

Magic to Do is a knock-out show that blends music and magic in spectacular fashion. Princess Cruises enlisted the talents of Oscar, Gammy, and Tony winning composer Stephen Schwartz to produce a musical just for them, and so Magic to Do was born, and introduced across their ships. (Schwartz’s previous productions include Wicked, Pippin, and Godspell.) It is a great show, and Schwartz brought lots of talented people together to make sure every aspect of this production is really top notch.

We Will Rock You is currently playing on Royal Caribbean’s Anthem of the Sea. Featuring the music of Queen, written by British comedian Ben Elton, this show had a hugely successful 12 year run in London’s West End, and is a foot stomping rock and roll romp.

Rock of Ages on Norwegian Cruise Line’s Norwegian Breakaway takes you on a trip through 80s Los Angeles as a small town couple follow their dreams of stardom, and was a smash-hit on Broadway.

Tangled: The Musical is a Broadway styled show based on Disney’s version of the Rapunzel story. Not surprisingly, this show plays on a Disney Cruise ship – the Disney Magic, and is excellent to watch whether you’re a kid or a grown-up. (Oscar winning composer Alan Menken helped write it.)

Cats, which has won an incredible 7 Tony Awards is playing on Royal Caribbean’s Oasis of the Seas. Written by Andrew Lloyd Webber, and based on the poetry of TS Eliot, this is a much-loved musical brought to life by a talented cast and crew. Try to not sing along to Memories, well not too loudly at least.

Priscilla, Queen of the Desert: The Musical is new to Norwegian Cruise Line’s Norwegian Epic this year, and has received rave reviews. Based on the hilarious and touching movie that soon became something of a cult classic, it is worth seeing for the fantastic costumes alone (there are more than 500, and 200 headdresses!).

Heading off on a cruise this year? Our sister company Carevacations will be happy to assist you with all of your cruise mobility needs.